My daughter has suffered with sensory processing disorder which mostly affects her hands / fingers and feet / toes.

She will stand one legged in the shower as the water is too much hitting her left foot.

For the past two days she has ASKED for Epsom Salt foot baths! Her feet and toe nails are already healing. She is taking 2 -3 foot bathes a day.

Also - she has sensory / major gag issues with her teeth / throat. Today she learned how to floss her teeth and was so happy of her accomplishment - she giggled and laughed and wanted me to tell everyone!

Thanks so much, Andrea

I first felt the energy of Tesla Biohealing when I received a shipment of two units from a courier on the street. There was a subtle uplifting energy.
After unpacking, I applied both units to the body at the same time at the level of individual chakras, I perceived a significant increase in energy throughout the body. After applying about 15 minutes of two Tesla Biohealers at eye level, I felt the relief and release of pressure from the eye inflammation I had at the time. I would like to share my further experience with Tesla Biohealing Energy

Its been about two weeks and I keep it close on my person all the time and take my Tesla BioHealer everywhere I go; in the car, to the gym, on my walks (its is in my back pack) and take it to bed with me. My stress and worries are gone. I am so grateful, Dr. Johnny
https://www.themastersurvivoruniversity.com 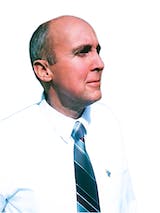 I have been detoxing and healing (post explant surgery) from Breast Implant Illness. I’ve had severe Joint pain, high lupus levels (SLE) under ANA tests. Thyroid issues and serious inflammatory issues that flared up in a very short time I had those toxic criminal bags placed (2years). My health took a major nose dive.

I have been utilizing these units (x4) in conjunction with my other detox protocols and have noticed a difference in my over all well-being, my sleep has improved somewhat.

It’s hard to say which is working best .. but the addition of these units has definitely showed improvement in my healing journey!

I could not wait to receive the Biohealer as soon as I saw it on my cp screen, I ordered it right away and it came fast, I recieved it on Febuary 4th,2021, and so far I'm keeping it and I ordered 1 for now, and I am noticing some benefits that I need to fuse in with my health regime, I strive to stay on a good health routine but its been very hard lately oh but now its gotten easier wow, I'm sleeping and dreaming better, I am even more focused as today is my 6th straight day on my special eating regime that I really needed more control of and I am finally figuring it out and so far so good!!! I can't wait to tell more in the near future as my body changes as the stubborn fat pockets roll off, so with that said I'm encouraged to eat better foods and I'm sure the biohealer is the reason because my food regime was so unorganized and I worried about that as I am 65 yrs on earth and I'm using the biohealer to aid in cell rejuvination, so wow I'm getting more excited awating more benefits that I would love to share in the near future ... In ending, I have so much Gratitude for you guys creating these Healing devices!!!